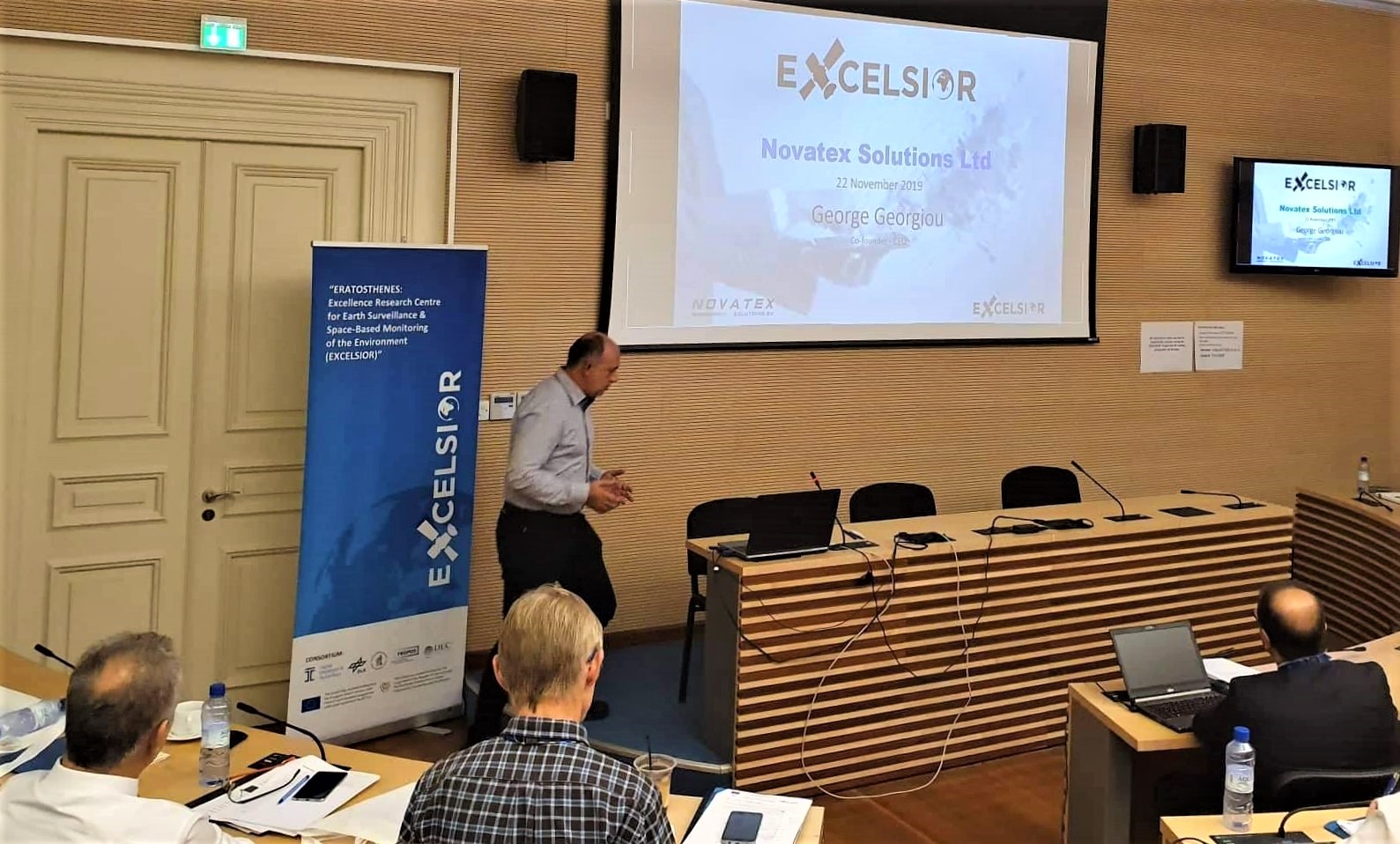 Novatex is supporting Excelsior project. The CEO of Novatex Mr George Georgiou presenting to members of the consortium and other partners along with representatives from the EU, services and other tasks that can be undertaken by Novatex. It was followed by an event open to the public in which the president of Cyprus Mr Anastasiades was present.

Through the ‘EXCELSIOR’ Horizon 2020 Teaming project, a new, autonomous and self-sustained Centre of Excellence entitled as ‘ERATOSTHENES Centre of Excellence for Earth Surveillance and Space-Based Monitoring of the Environment’ (ECoE) will be created, as a result of upgrading the existing Remote Sensing Lab, operating within the Cyprus University of Technology (CUT) since 2007. The ECoE will implement a course of actions to progressively achieve full economic sustainability in terms of staff, assets and operations.